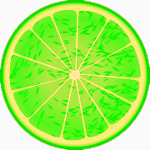 “Scurvy is not the first sign of Vitamin C deficiency, but a warning about approaching death. If you want to be perfectly well you must take more Vitamin C. Much more!”

The story about vitamins is one of the most exciting chapters in the history of science. It is an old chapter. The original discoveries actually occured at about a hundred years ago. They only include 13 substances that can now be bought in a supermarket.

Millions of people have died from deficiencies of these simple substances. But what only few are aware of, is that even in Denmark many are sick today – or at least not really well – because of an often invisible deficiency of these substances.

Every vitamin can be known by its deficiency symptoms. Deficiency of Vitamin C leads to scurvy, Vitamin A to nightblindness, Vitamin D to rachitis, etc. Ealier people were not qualified to understand that such severe sicknesses could be caused by a deficiency of only a few miligrams of certain substances.

The natural thought is that if you are satisfied then everything is good. But in the beginning of the previous century it was discovered that natural organic substances must be supplemented to the daily diet and those are necessary in tiny amounts, if you are to avoid certain sicknesses. It is those substances you call vitamins.

Why a Vitality Council?

The Vitality Council was founded September 20th, 2002 on the initiative of the Danish Society for Orthomolecular Medicine, and has since been considered a necessary counterbalance to the widespread misinformation in the media about dietary supplements and herbal remedies.

A collection of good nutrient references from before 1999. Click here.